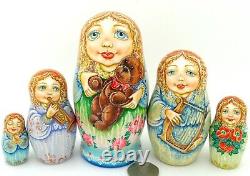 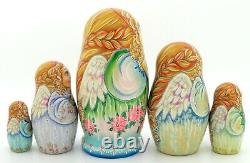 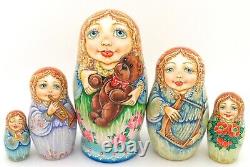 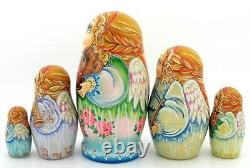 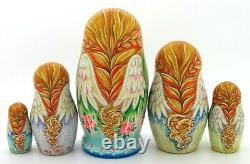 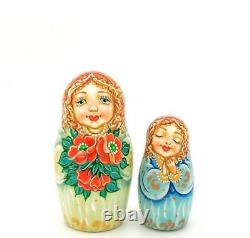 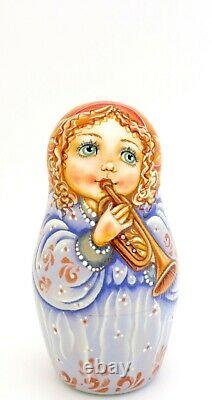 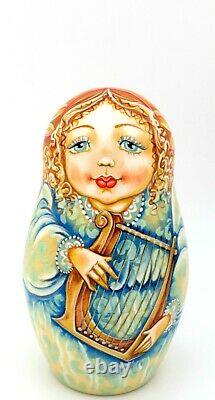 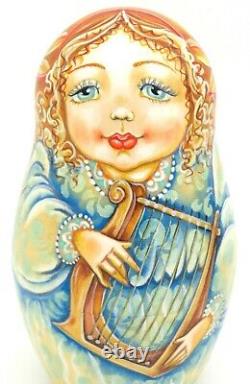 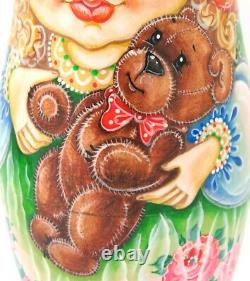 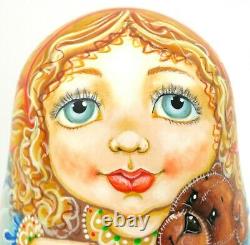 All my dolls fit inside one another!! Angels are messengers of God in the Hebrew Bible , the New Testament and the Quran. The term "angel" has also been expanded to various notions of "spiritual beings" found in many other religious traditions.

Other roles of angels include protecting and guiding human beings, and carrying out God's tasks. Angels are creatures of good, spirits of love, and messengers of the savior Jesus Christ. Later came identification of individual angelic messengers: Gabriel, Michael, Raphael, Uriel, and Lucifer. Then, in the space of little more than two centuries (from the third to the fifth) the image of angels took on definite characteristics both in theology and in art.

By the late fourth century, the Church Fathersagreed that there were different categories of angels, with appropriate missions and activities assigned to them. Some theologians had proposed that Jesus was not divine but on the level of immaterial beings subordinate to the Trinity.

The resolution of this Trinitarian dispute included the development of doctrine about angels. The angels are represented throughout the Christian Bible as a body of spiritual beings intermediate between God and men: You have made him (man) a little less than the angels... Some Christians believe that angels are created beings, and use the following passage as evidence: praise ye Him, all His angels: praise ye Him, all His hosts...

(Psalms 148:2-5; Colossians 1:16). The Fourth Lateran Council(1215) declared that the angels were created beings. The Council's decree Firmiter credimus (issued against the Albigenses) declared both that angels were created and that men were created after them. The First Vatican Council(1869) repeated this declaration in Dei Filius, the "Dogmatic constitution on the Catholic faith". Of note is that the bible describes the function of angels as "messengers" and does not indicate when the creation of angels occurred.

Their names are also masculine. And although angels have greater knowledge than men, they are not omniscient, as Matthew 24:36 points out. Another view is that angels are sent into this world for testing, in the form of humans. The theological study of angels is known as angelology. In art, angels are often depicted with wings, ultimately reflecting the descriptions in the Hebrew Bible, such as the chayot in Ezekiel's Merkabah vision or the Seraphim of Isaiah.

If you are looking for a very Special Set for a SPECIAL PRESENT or your own collection. You have never seen anything like this set!! We speak French, English, German and Russian.

Powered by SixBit's eCommerce Solution. The item "Matryoshka Russian nesting dolls ANGELS GIRLS hand painted 5 signed Pokrovskaya" is in sale since Monday, October 19, 2020. This item is in the category "Dolls & Bears\Dolls, Clothing & Accessories\Russian Dolls". The seller is "tom3burma" and is located in norwich, Norfolk.