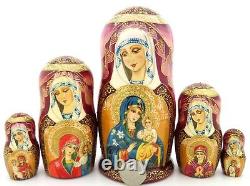 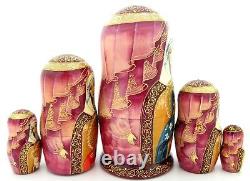 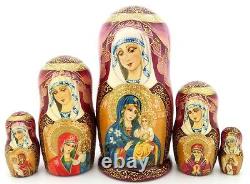 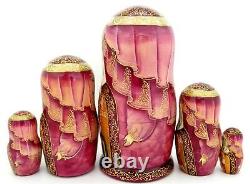 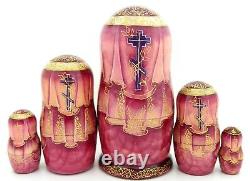 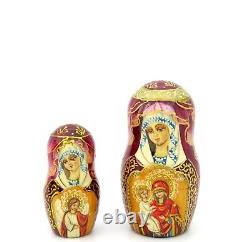 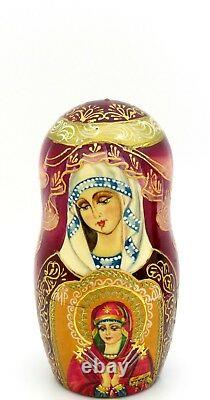 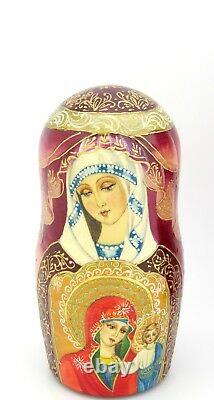 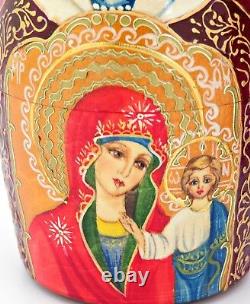 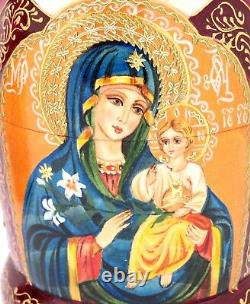 Its name,'The Unfading Flower, " is related with hymns dedicated 10 the Mother of God, The original miracle-working icon shows the Most Holy Theotokos with the Pre-Eteraal Infant on Her right arm, holding in Her left hand a flower of the lily symbolizing "the unfading flower of virginity of the Most Pure and All-Immaculate Virgin Mary. Sometimes roses and other flowers are painted instead of the lily. As a rule, miraculous icons of this iconographic type were locally revered and were popular over the area from the Perm Gubernia in the Urals to the Poltava Gubernia in the Ukraine, They have healed a great number of sick people-Feast day: April 3/16. Orthodox icon of the Most Holy Theotokos of Jerusalem. This 19th century painted icon has its own miraculous story: According to Holy Tradition this miraculous icon was painted through the revelation of the Holy Theotokos to a nun named Tatiana from the Holy Monastery of St.

Mary Magdalene, around 1870 AD. In 1870, there lived a monastic iconographer called Tatiana. One night, a lady appeared to her in a vision saying, Sister Tatiana, I have come so that you can paint me. Well then, you should paint me using your iconographic style. Sister Tatiana was furious with the boldness of this lady's response and said, I do not have any plank of wood to use.

" The lady then gave her the plank of wood the sister would need and told her to "paint. In obedience to her guest, the sister started her iconography. Sister Tatiana glanced at her guest, and she noticed the guest's appearance transfigure in front of her. The lady's mantle started to turn into gold and her face was glowing intensely. This change in the appearance of the lady worried Tatiana but the lady spoke to her, saying: O Blessed Tatiana, you are the only person, after the Apostles and the Evangelist Luke, to have this opportunity to write an icon of me again.

Sister Tatiana then realised that she was in the presence of our Holy Mother the Theotokos. In shock she awoke from her vision. She immediately went and informed her Mother Superior of the vision in detail. The abbess did not believe in the story but told her to go to sleep and the following day she could paint an icon of the Panagia with her blessing. She hastened to the abbess, once again, to bring her to her cell to witness this light and understand that she was not lying about the visions.

Inside, they could smell a beautiful and heavenly fragrance and the light was so bright that only then did they realise that the aroma and the light were coming from an icon of the Virgin Mary. The mysterious and miraculous appearance of the icon had the sisters in shock but our Holy Mother the Theotokos appeared once more to Tatiana and said, Now take me from here down to my home in Gethsemane of Jerusalem.

This is what the abbess and the sister did. In iconography, this is termed "acheiropoieto" Gr. An image not painted by hands and is now located exactly where the Panagia wanted it to be, in her "home, " her final resting place at her holy tomb in Gethsemane. The belief that an angel is assigned by God to protect each person was not clearly defined in the Old Testament.

In the New Testament church, the concept is supported by passages found in Acts 12:15 They said, [in reference to Peter] It is his angel. 18:10 (Take care that you do not despise one of these little ones; for I tell you, in heaven their angels continually see the face of my Father in heaven).

The idea was further fostered by Honorius of Autun in the 12th century. He maintained that every soul was assigned a guardian angel at the moment the soul entered into a body. Guardian angels also are attributed with the task of the presentation of prayers to God as indicated in the Book of Revelation (8:3): And the smoke of the incense, with the prayers of the saints, rose before God from the hand of the angel. The Church celebrates the feast of the Guardian Angels every Oct.

Most depictions of angels in traditional iconography are practically interchangeable. The genderless appearance of the face and hair remind us that these are spiritual beings, not human persons, and their anonymity indicates the sheer multitude of Gods heavenly attendants. No attempt is made to present wings in a realistic fashion since their purpose is only to point to the supernatural origin of these creatures. The curls which appear in the angels hair, symbolize the eternal ebb and flow of time ordered by God. A tiara is positioned in the hair just above the forehead.

Most guardian angels are depicted wearing white to denote purity and the eternal light of heaven. God has given his angels charge over you to guard you in all your ways.

Please leave feedback once you have recived the item so that i know it has arrived safely. I will leave feedback in return. We speak French, English, German and Russian. Smoke & Pet Free Item. Powered by SixBit's eCommerce Solution.

The item "Russian Nesting Dolls Flower which Never withers Orthodox Icon 5 Theotokos GIFT" is in sale since Friday, October 16, 2020. This item is in the category "Dolls & Bears\Dolls, Clothing & Accessories\Russian Dolls". The seller is "tom3burma" and is located in Norwich. This item can be shipped worldwide.