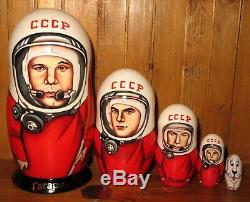 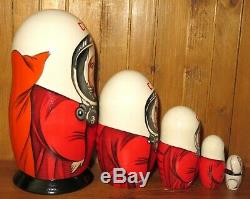 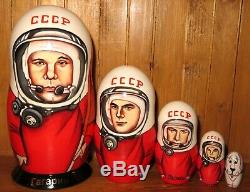 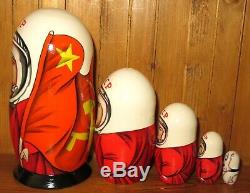 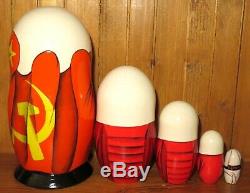 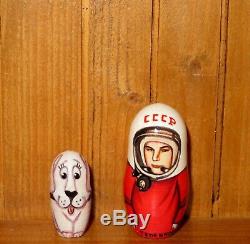 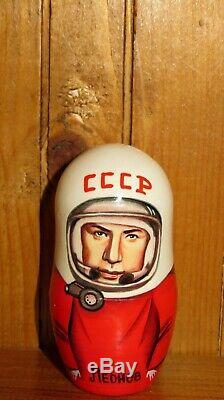 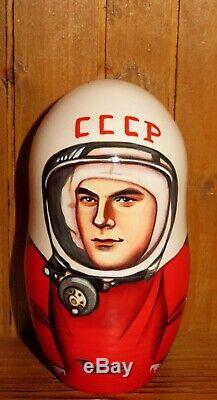 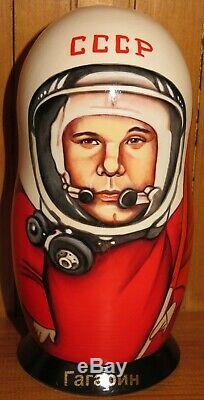 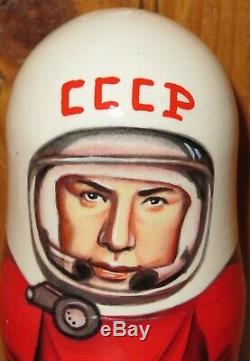 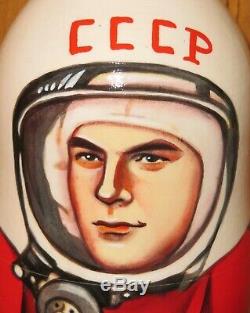 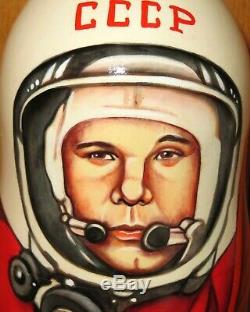 Gagarin later became deputy training director of the Cosmonaut Training Centre outside Moscow, which was later named after him. Gagarin died in 1968 when the MiG-15 training jet he was piloting crashed. The Fédération Aéronautique Internationale awards the Yuri A. Gagarin Gold Medal in his honor. 11 September 1935 20 September 2000 was a Soviet cosmonaut who, on 6 August 1961, became the second human to orbit the Earth, aboard Vostok 2, preceded by Yuri Gagarin on Vostok 1. He was the fourth person in space, counting suborbital voyages of US astronauts Alan Shepard and Gus Grissom. Titov's flight finally proved that humans could live and work in space. He was the first person to orbit the Earth multiple times (a total of 17), to spend more than a day in space, to sleep in orbit and to suffer from space sickness. In fact, he also holds the record for being the first person to vomit in space. He was the first to pilot a spaceship personally and he made the first manual photographs from orbit, thus setting a record for modern space photography. He also was the first person to film the Earth using, for ten minutes, a professional quality Konvas-Avtomat movie camera. A month short of 26 years old at launch, he remains the youngest person to fly in space. In his subsequent life Titov continued to work for the Soviet space program, playing a major role in the Spiral project where he trained to become the first pilot of an orbital spaceplane. However, after the death of Yuri Gagarin in a military aircraft accident in 1968 the Soviet government decided it couldn't afford to lose its second cosmonaut, and so Titov's career as test pilot ended.

Titov served in the Soviet Air Force and become a colonel-general, and in his final years in post-Soviet Russia he became a Communist politician. Despite having been chosen only second after Gagarin to fly into space, it was Titov who later proposed the Soviet Government regularly celebrate Cosmonautics Day on April 12, the day of Gagarin's flight.

Born 30 May 1934 in Listvyanka, West Siberian Krai, Soviet Union is a retired Soviet/Russian cosmonaut, Air Force Major general, writer and artist. On 18 March 1965, he became the first human to conduct extravehicular activity (EVA), exiting the capsule during the Voskhod 2 mission for a 12-minute spacewalk. Born 6 March 1937 is a retired Russian cosmonaut, engineer, and politician.

She is the first woman to have flown in space, having been selected from more than 400 applicants and five finalists to pilot Vostok 6 on 16 June 1963. In order to join the Cosmonaut Corps, Tereshkova was honorarily inducted into the Soviet Air Force and thus she also became the first civilian to fly in space.

(literally, "Squirrel" or, alternately, "Whitey") and Strelka (Little Arrow) spent a day in space aboard Korabl-Sputnik 2 (Sputnik 5) on 19 August 1960 before safely returning to Earth. They were accompanied by a grey rabbit, 42 mice, two rats, flies and several plants and fungi. They were the first Earth-born creatures to go into orbit and return alive. Also have more Russian dolls from this artist, in my shop. A must have for Russian lovers and it would make an amazing and unique gift for any Occasion!!! I also have similar sets by this Artist in my shop! We speak French, English, German and Russian.

The item "USSR cosmonaut Gagarin SPACE Russian Nesting dolls Titov Leonov Belka 5 Babushka" is in sale since Monday, January 13, 2020. This item is in the category "Dolls & Bears\Dolls, Clothing & Accessories\Russian Dolls". The seller is "tom3burma" and is located in norwich, Norfolk.